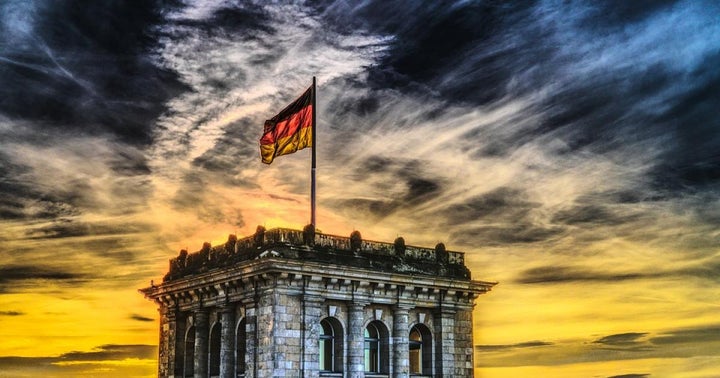 Germany Recreational cannabis is near.

The new German coalition has indicated that one of its many priorities is the legalization of cannabis for adult use. Those familiar with the climate of cannabis policy in the United States will recognize that a similar battle between liberal and conservative political positions is underway in Germany. Interestingly, in countries like the US and Germany, both liberals and conservatives want legalization but differ on how to enforce it. Let’s take a look at the state of adult cannabis in Germany and examine the international examples that would best inform the market entry strategy for this burgeoning industry.

The German liberal coalition – made up of the Social Democrats (SPD), the Greens and the Free Democrats (FDP) – has on its agenda the legalization of cannabis for adults, as well as a whole range of progressive initiatives such as phasing out coal by 2030, strengthening voter rights , raising the minimum wage and streamlining immigration. In addition to these ambitious initiatives, creating rules and regulations for the adult cannabis market could take six months or more. Additionally, the centre-right Christian Democratic Union (CDU) led by Angela Merkel is still very strong and is likely to resist cannabis legalization, making implementation more difficult.

No doubt all parties will gather to contribute to the control and taxation of the cannabis trade, as a good working framework is essential to successfully combating the established illicit market and filling government tax coffers. In addition to introducing tax brackets and revising efforts to combat illegal markets, Germany needs to consider market supply and how it looks. For example, will Germany take over cannabis coffeehouses like the Netherlands? Will Germany have to rely on other cannabis producers registered in the EU for Good Manufacturing Practices (EU-GMP) to meet market demand and make up for the lack of breeders and producers in the country? An examination of the trials and tribulations of other international cannabis markets for adult use readily suggests solutions to these questions.

Germany and Europe have a great opportunity to learn from the mistakes of Canada and the US and create an improved infrastructure plan. Canada’s approach to introducing legalization of adult use through use of national mail and the implementation of Canada 2.0 to open pharmacies and distribute products has done little or nothing to suppress illicit market sales. Meanwhile, south of the border, the US has largely failed to include cannabis consumption lounges or Dutch-inspired cafes in the distribution model. This hinders the societal acceptance of cannabis by normalizing consumption, similar to what is already happening with alcohol consumption in bars and pubs. Furthermore, the US is undermining its legitimacy by not having government GMP and health oversight of cannabis products and their production due to widespread federal illegality. Germany is able to learn from these mistakes and instead position the successful combination of EU-GMP registered products and social consumption lounges among its citizens to successfully fight the illicit market.

Adult cannabis in the EU needs Germany to fan the flames

Germany needs to convince all of Europe that trading, selling and consuming recreational cannabis is in the best interests of several EU countries. In order to successfully import products from other EU member states and to get the German market for adult products going, the EU Parliament must be involved. The European Monitoring Center for Drugs and Drug Addiction (EMCDDA), an EU agency, states in the European Drugs Report 2021: “Europe is also a production region for cannabis and synthetic drugs; Cannabis production is primarily intended for European consumption.” EU countries could kill three birds with one stone: make citizens safer, eliminate illicit businesses, and accumulate regional wealth by enabling EU members to produce legal cannabis and become a leader in the global market for adult use.

For Germany, however, convincing other EU countries is just a stepping stone in a broader battle over the cannabis trade. While Germany has a strong voice within the EU, they have less power at the United Nations (UN). A UN commission reclassified cannabis for therapeutic and medicinal uses just over a year ago, but the margin was narrow, with 27 votes in favor and 25 against the measure. While the tides of the EU and UN appear to be shifting, change is sluggish compared to the speed at which individual countries have been able to turn around and greet the new market head-on. However, all is not gloomy. Just as individual states such as Colorado, Washington and California have pushed further legalization efforts in the US, individual countries in the European bloc will look to one another for inspiration. Smaller countries where cannabis has recently become legal, such as Malta, Luxembourg and Switzerland, are fanning the flames for larger countries such as Germany and Portugal, which could fan the flames towards full participation in the European market.

Sooner or later Europe will be green

Estimates put Germany’s expected annual cannabis revenue at €3.4 billion, while creating 27,000 new jobs and reducing police and judiciary costs by €1.3 billion. These are serious numbers with great market potential. If politicians can settle their differences to successfully implement German adult cannabis use, within five years Europe will become a competitive rival to the US market. A strong economic leader like Germany is the best chance for Europe to move forward in this area. The European cannabis market is forecast to be worth €403.4 million by the end of 2021 and will grow at a compound annual growth rate (CAGR) of 67.4% from 2021 to reach €3.2 billion by 2025. If Germany wants some of that income in a post-COVID Europe, they must act now or be left out of the myriad benefits.

House of Representatives votes to have cannabis tested in pharmacies (Newsletter:...